Air field Spinazzola was a semi-permanent airfield located approximately 330km east-southeast of Rome.
The airfield was built beginning in September 1943 by the United States Army Corps of Engineers with a single PSP runway. It was part of the Foggia Airfield Complex, a series of World War II military airfields located within a 25 mile (40 km) radius of Foggia. It had extensive taxiways and hardstand parking areas and a wooden control tower.
The airfield opened in January 1944, and provided basing to 55th Bombardment Wing with two Heavy Bomber Groups of the 15th Air Force, the 460 and 461 Bomb Groups with B-24 Liberators. They engaged in very long range strategic bombing missions to enemy military, industrial and transportation targets in Italy, France, Germany, Austria, Hungary, Romania, and Yugoslavia. They bombed railroad marshalling yards, oil refineries, aerodrome installations, heavy industry and other strategic targets.
Their last World War II combat mission was flown on 26 April 1945.

After V-E Day, they were assigned to 'Green Project', the movement of troops from Europe to the United States via the South Atlantic Transport Route. B-24s were modified with sealed bomb bays, removal of all defensive armament and the internal fuselage equipped with seating to carry approximately 30 personnel.
The airfield remained in operation until the end of the war and closed in August 1945. 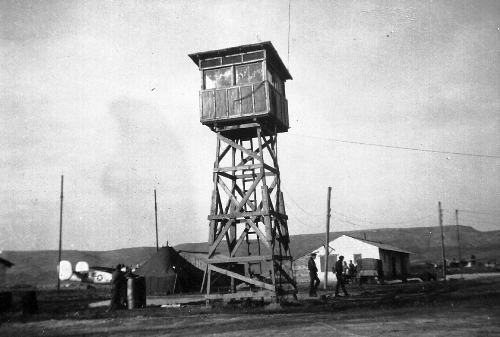 Spinazzola tower, or 'Dolly' tower as it was known at the airfield (15thaf.org). 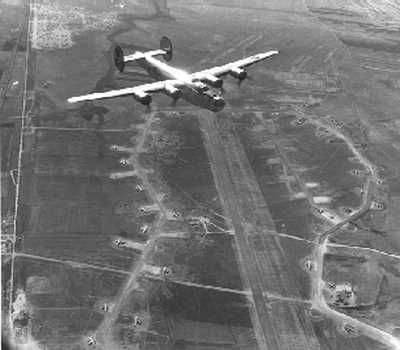 The site was abandoned and the land returned to its owners for agricultural use. Faint scarring of the land from the former airfield use is still visible on aerial photography such as Google Earth. Changes in the soil from the airfields construction seem to have caused a difference in land use on parts of the runway and taxiways. From the air, the outlines of the airfield were still visible in the soil in 2015. 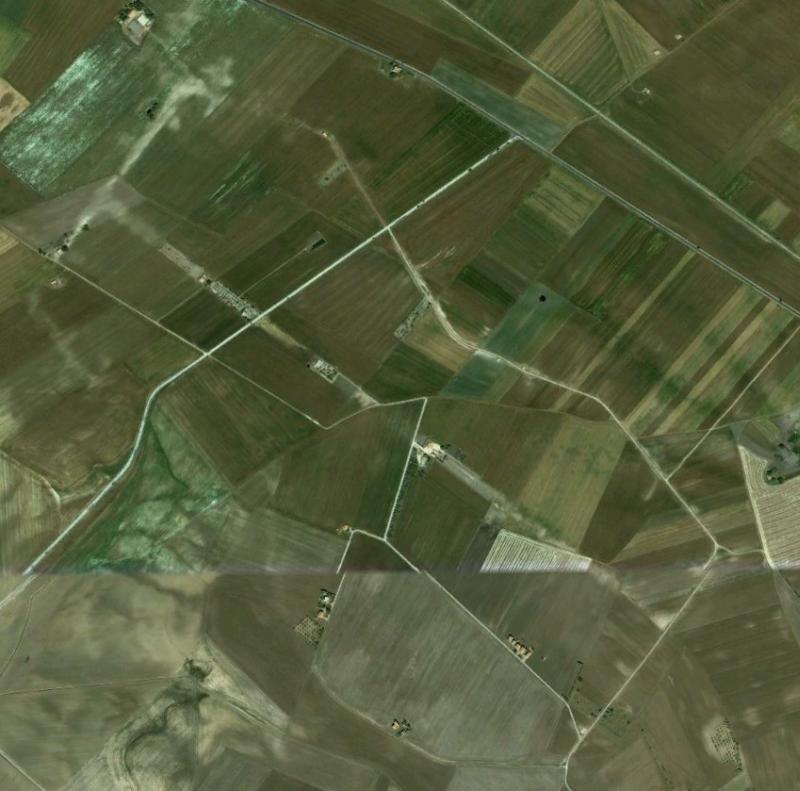