St Angelo airfield (RAF St Angelo, also known as St Angelo Barracks, Enniskillen airfield or Enniskillen/St Angelo Airport , ICAO: EGAB) is an airfield 110 kilometers west of Belfast, Ireland
The airfield was established in April 1941 as a satellite landing ground for RAF Aldergrove. It opened as a fighter station on 15 September 1941 as a home to 133 Sqn (Spitfires) and 134 Sqn (Hurricanes). Their role was twofold: intercept enemy reconnaissance aircraft off the west coast of Ireland and provide air defence over Belfast. St Angelo also acted as parent HQ for the satellite No. 131 Operational Training Unit based at RAF Killadeas. In August 1943, the positions were reversed and St Angelo was designated a subsidiary satellite airfield to 17 Group RAF Coastal Command which had established its headquarters at RAF Killadeas. St Angelo became home to several squadrons of Catalina and Sunderland flying boats operating from Loch Erne. Later that year, Bristol Beaufighters torpedo bombers of 235 Sqn were based at St Angelo during anti-submarine patrols over the Irish Sea and the Atlantic Ocean.
In July 1943 a small detachment of US Navy personnel arrived at St Angelo to instruct RAF pilots on the US-built Catalinas. They remained at the airfield until the end of the war. Also housed at the airbase were naval airmen of the Fleet Air Arm who were detached from the HMS Pintail shore establishment. The Royal Navy men were resident until April 1946.
As operations over Northern Ireland wound down in 1944 No. 12 (Operational) Flying Instructor School was established at both Killadeas and St Angelo in May of that year. It remained until February 1945, when it was relocated to RAF Turnberry in Scotland.

From August 1945 until February 1947 St Angelo was home to 272 Maintenance Unit. It served as a storage and dismantling depot for mothballed Avro Ansons prior to their eventual sale or disposal.
For some time the airfield was abandoned until it was transferred to the Army. Under Army control it became a centre of helicopter operations over Northern Ireland. It was used as an accommodation barracks by both the British Army and Ulster Defence Regiment during The Troubles in Northern Ireland. The facility came under mobile mortar fire attacks by the IRA on several occasions in the early 1980s. Most of its personnel was housed in a vast array of temporary portacabins.
The military occupation of St Angelo, by first the RAF and later the army came to a close in March 1996 when the temporary accommodation buildings were demolished. St. Angelo airfield then began seing use as a civilian facility.

No photos of before 2000 have been located

Around the turn of the century, the airfield was closed. Its owner, the Fermanagh District Council, found it difficult to operate the airport's activity in a competitive scenario. Income generation dropped significantly to the point where the airport was a financial drain on the Council and the taxpayers. In 2003, the Council decided that the airport had considerable commercial potential. A consortium established a business called Enniskillen Airport Ltd as the legal entity through which the official lease was offered and accepted.
Even though the old air traffic control building was demolished in 2002, in March 2004 the airfield was described by the BBC as 'the best preserved WW2 airfield in Northern Ireland'. The remaining Battle HQ, pillboxes and defence systems were scheduled to become an historic monument. The owner decided differently and demolished all before they could be preserved.
In 2006/07 the Council invested in infrastructural facilities at the airport. In 2009, 2010 and 2011 the airport hosted the Heli-challenge, an international competition, which tests the skill of some of the best helicopter pilots. 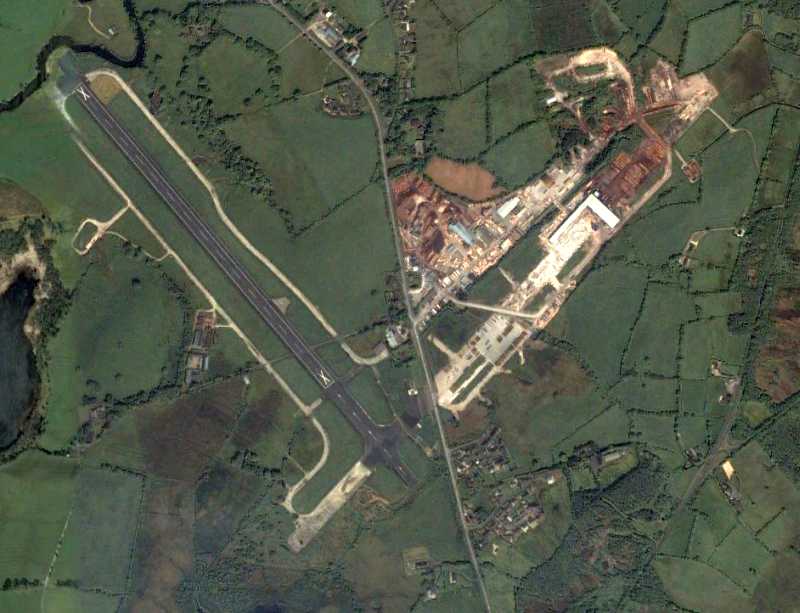 St Angelo/Eniskillen in 2003, when the airfield was 'mothballed' by the Fermanagh District Council. The X markings on the runway, indicating it is closed, are clearly visible and the location of the former 04/22 runway can still be made out (Google Earth). 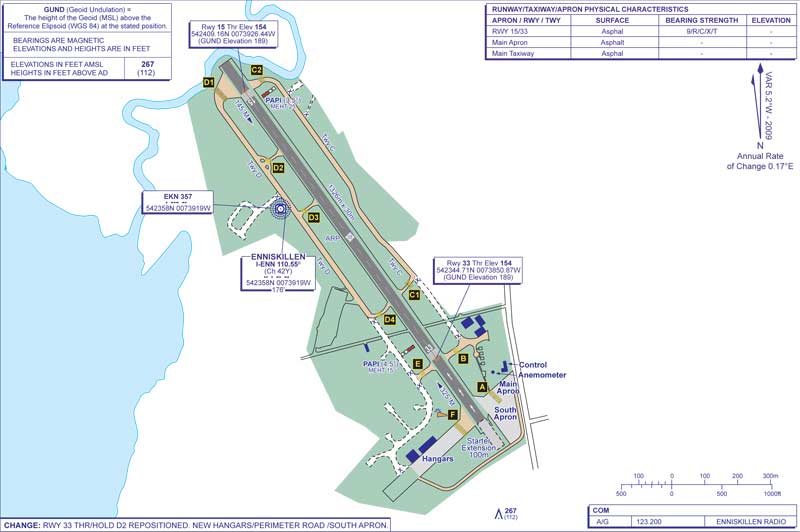 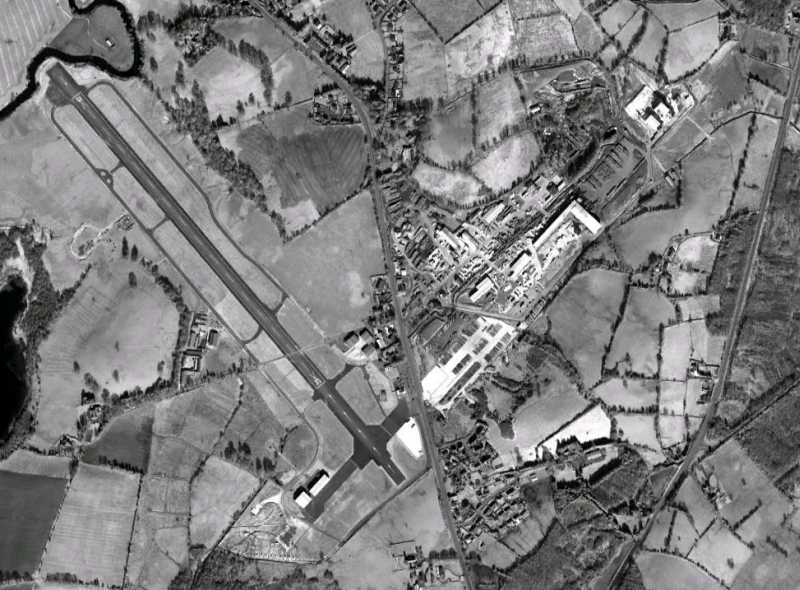 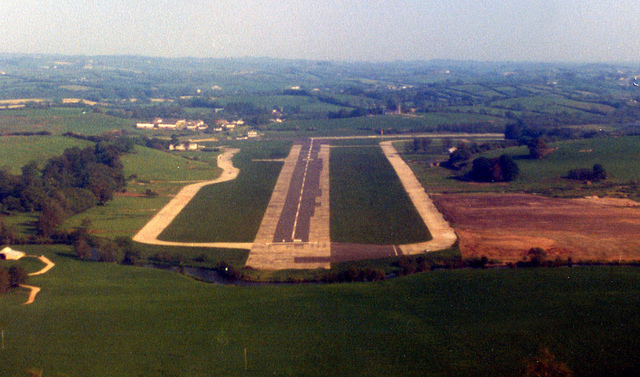 St Angelo/Enniskillen on approach from the north in early 2012 (Flickr).