Tortorella Airfield was a semi-permanent heavy bomber airfield located approximately 9km (5mi) west of Foggia in Apulia, Italy.
Its runway with extensive taxiway and hardstand parking areas and wooden control tower were built by the US Army Corps Of Enigineers in September 1943. The airfield was part of the Foggia Airfield Complex, a series of World War II military airfields located within a 25 mile (40 km) radius of Foggia. A second (unfinished) runway east of the main runway was used as a crash strip. The air field was capable of handling heavy B-17 Flying Fortress strategic bombers, and opened in December 1943.
The only known units to operate from the field are the 99th Bombardment Group, from 11 December 1943 until 27 October 1945. The RAF used the entire west side for the HQ and operations of 205 Group and 231 Wing, with LB-30s, Wellingtons and either Stirlings or Lancasters.
Living conditions at Tortorella were very harsh. The summers were hot and dusty, the winters cold and wet. Buildings were few, and airplane maintenance crews worked out in the open. 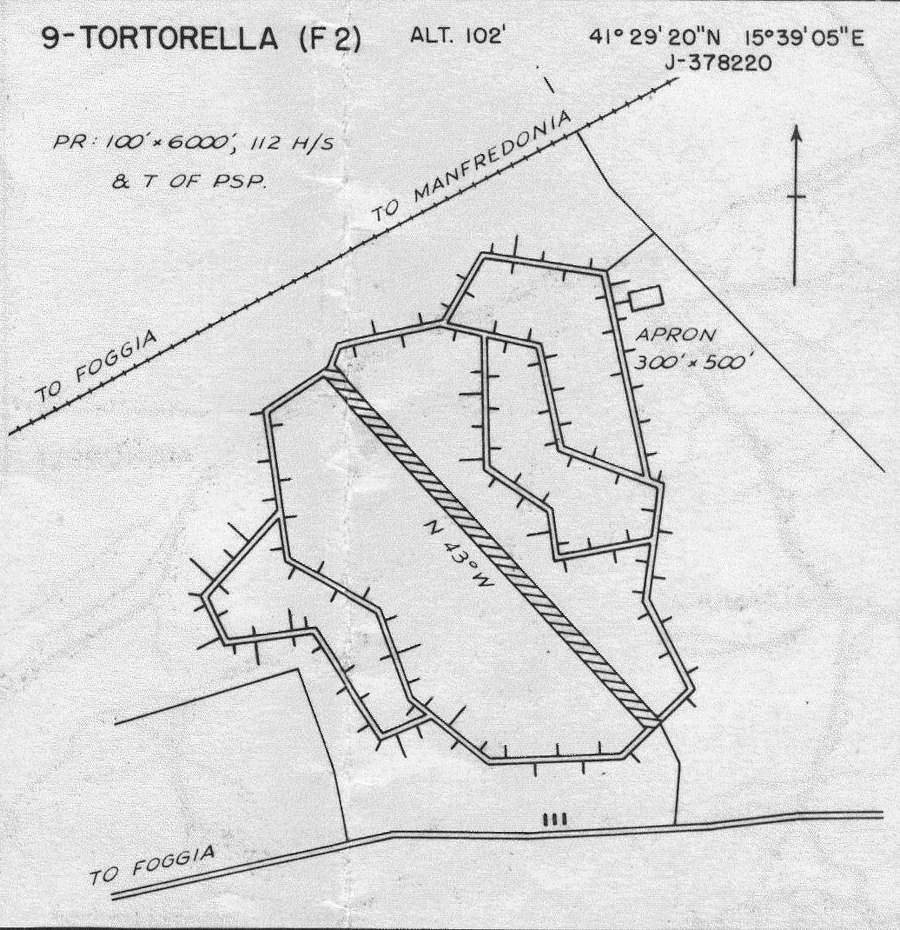 Map of Tortorella airfield, presumed 1944. By 1945 the inside parking area on the northeast side of the runway was replaced by a new area east of the southern threshold (Wikipedia.org). 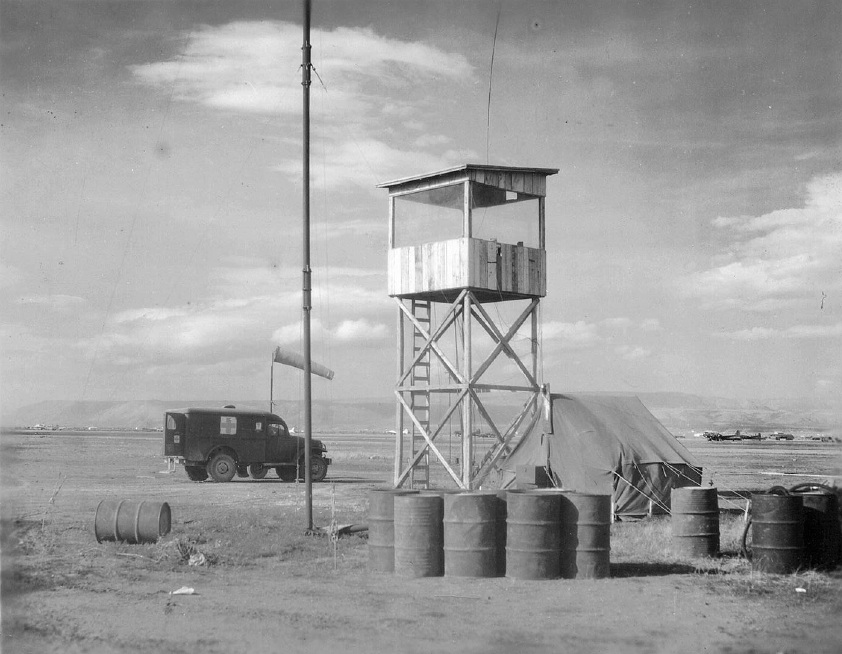 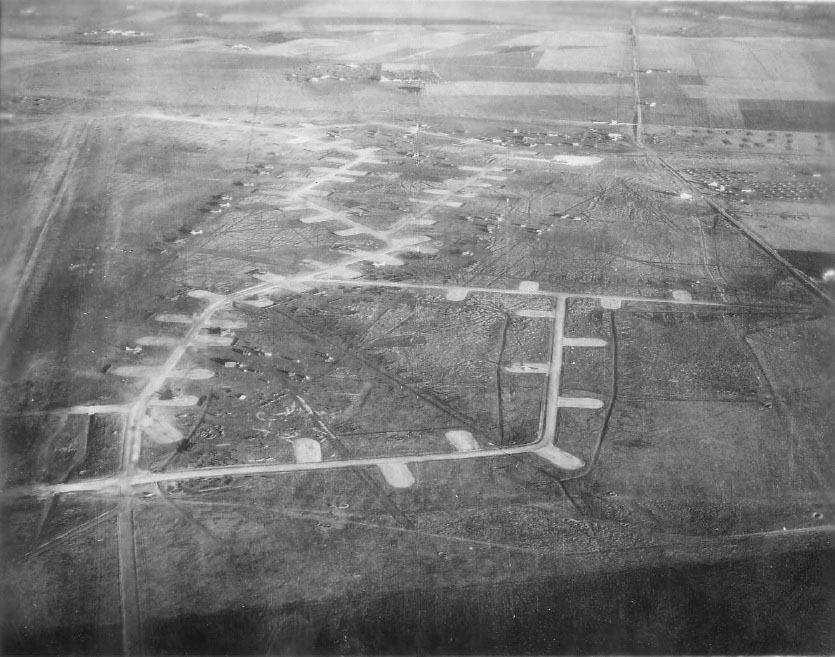 99th Bomb Group B-17s parked at Tortorella airfield, 1944, with the runway on the left side of the photo. 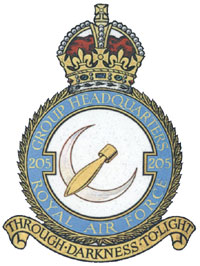 Unit crest of 205 Group RAF, which was headquartered at Tortorella airfield. 205 Group was unique, in that it was the only RAF Bomber Group in history to be under operational command of another nation (the US). 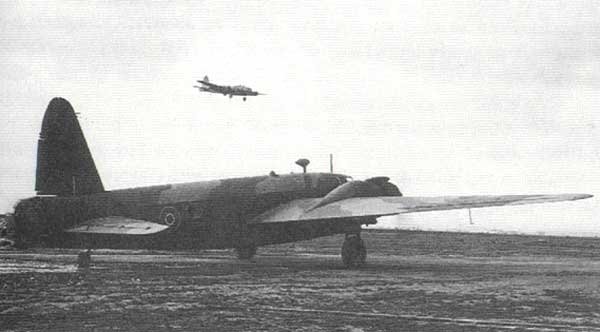 A 37 Sqn Wellington Mk.X waiting to take off at Tortorella airfield holds, while a 99 Bombardment Group B-17 Flying Fortress comes in to land (natureonline.com). 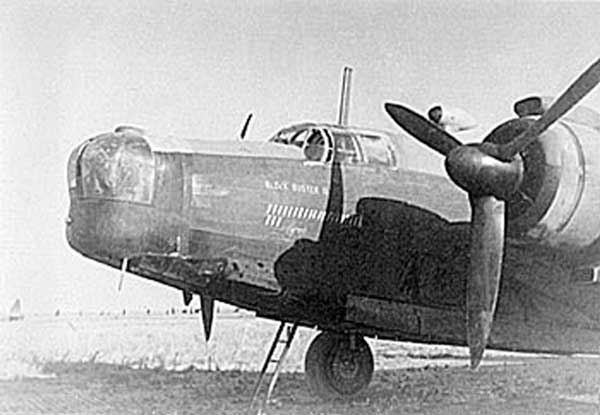 Wellington LN798/"D", flown by F/Sgt. James MacIsaac on the night of 31 August - 1 September 1944 during operations against the marshalling yards at Ferrara. Painted under the cockpit is the name of the aircraft - "BLOCK BUSTER II" - along with a single bomb for each operation is has successfully completed (natureonline.com)

The men lived in tents using homemade gasoline stoves for heat, and constantly had to struggle through mud and water, snow and ice, or choking dust, depending on the season. An old locomotive boiler, stoked by an Italian, was used to supply hot water for showers, laying alongside the railroad at the west end of the tent area. The airfield remained operational until the end of the war and the airfield closed in late October 1945. 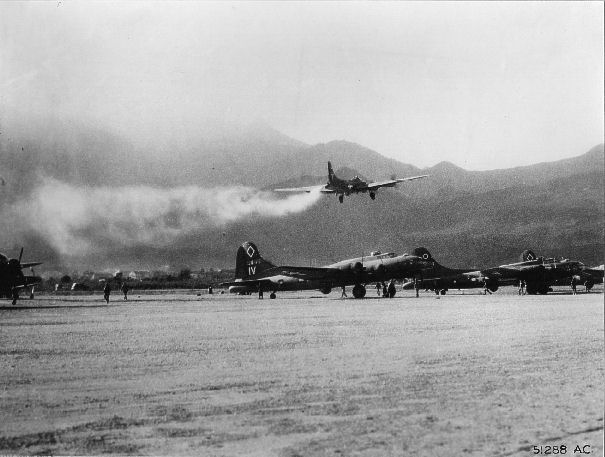 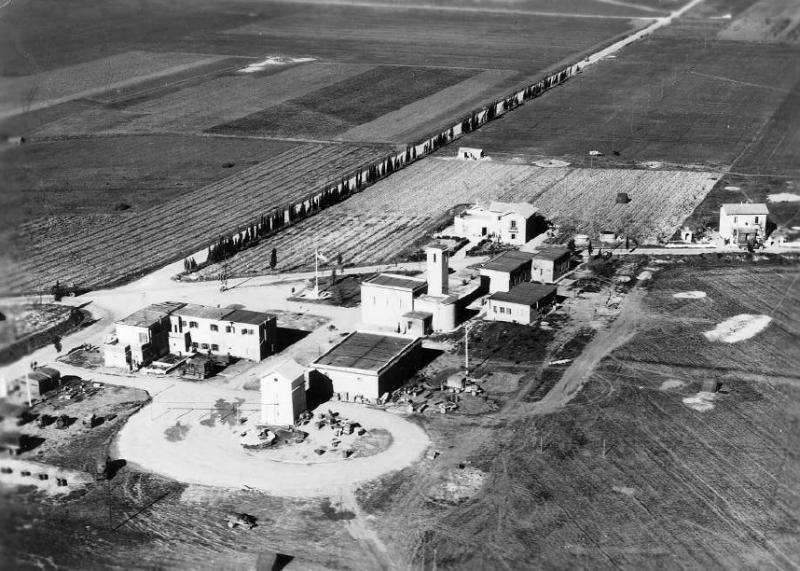 99BG headquarters off base in nearby Tavernola. 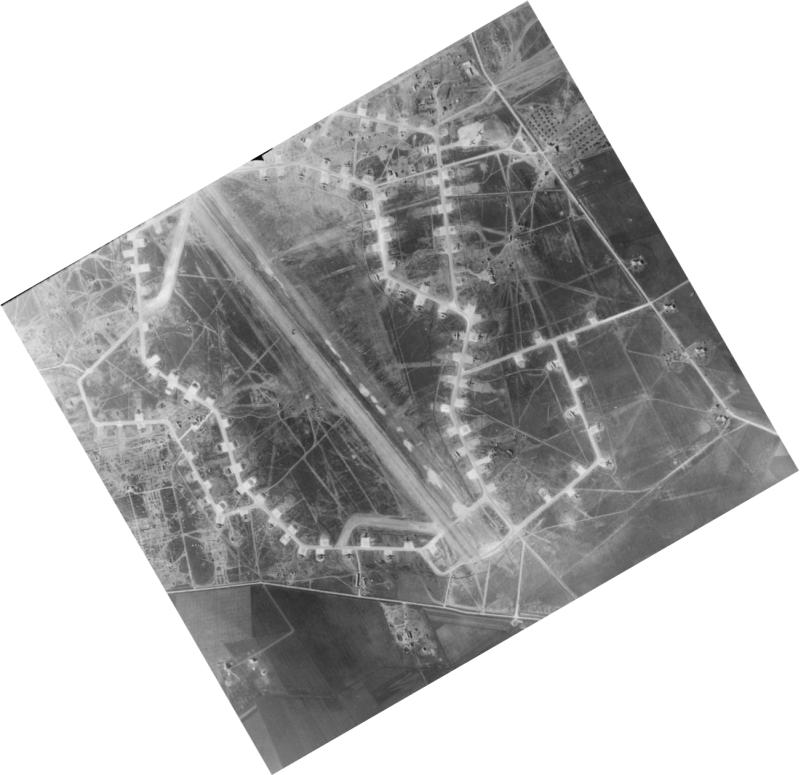 Tortorella as an active airfield with several bombers on the dispersals in 1945 (photo via Mike Seager Thomas).

The airfield was dismantled after the war and today it is an agricultural area. Scarring of the land, especially at the former runways, in aerial photography like Google Earth is the only evidence left. 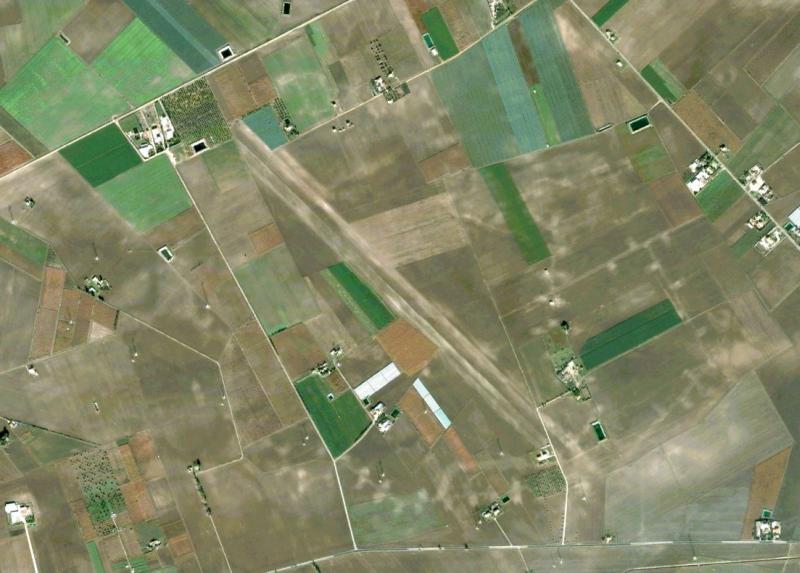