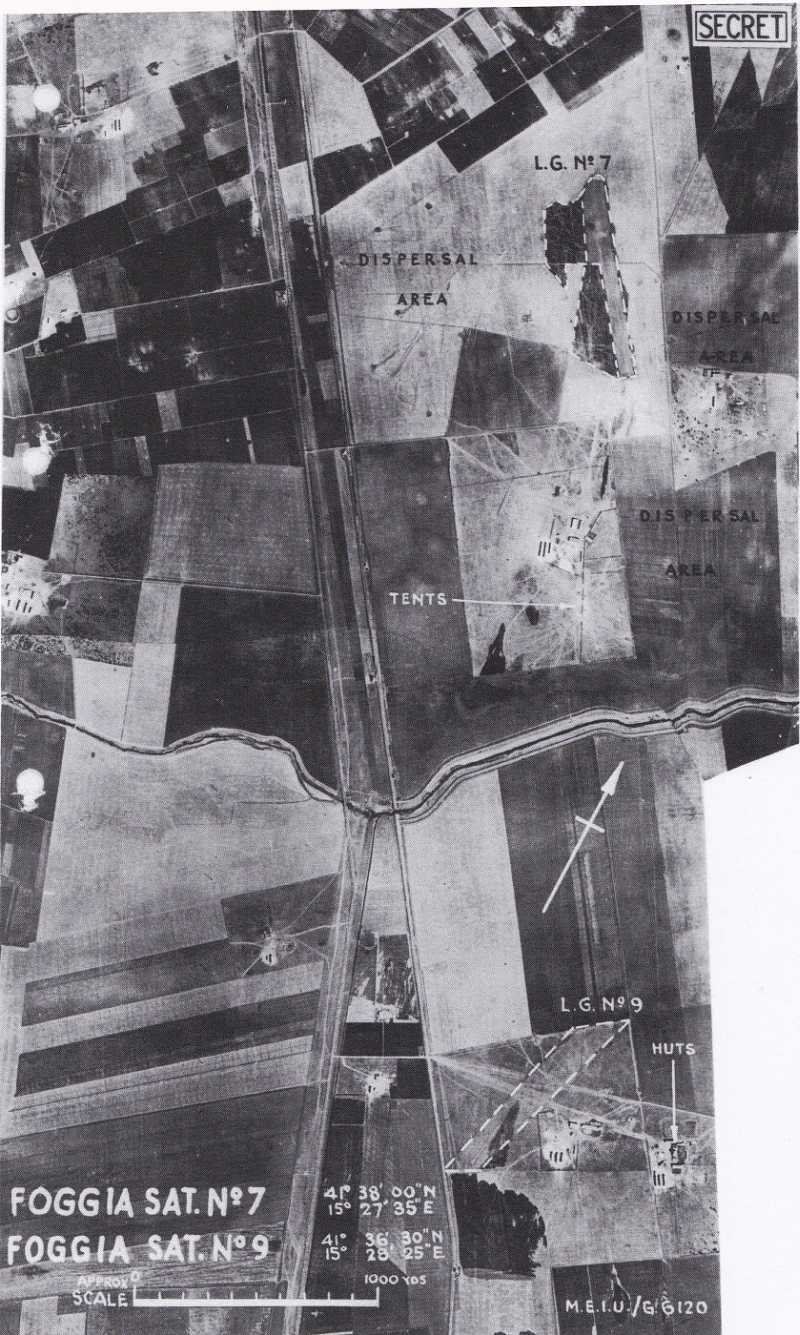 Allied reconnaissance photo of the two Triolo landing grounds: #7 (Zanotti-Triolo) and#9 (Amendola-Triolo). Although #9 was smaller, it had more facilities (National Archives, UK, via Tommaso Palermo).

Satellite #7 on the north bank of the Triolo River became the new Allied airfield, whilst the airfield on the south bank was abandoned. Zanotti Triolo was repaired by the Corps of Engineers in September 1943 and put into use as Triolo by Twelfth Air Force fighter units immediately.
Known units to operate from the field were:
14th Fighter Group, flying the P-38 Lightning, from 12 September 1943 until 9 September 1944.
31st Fighter Group, flying the P-51 Mustang, from 15 July-August 1945.
It remained in operational use until August 1945 when USAAF turned over the facility to Allied Italian Co-Belligerent Air Force (Aviazione Cobelligerante Italiana, or ACI). 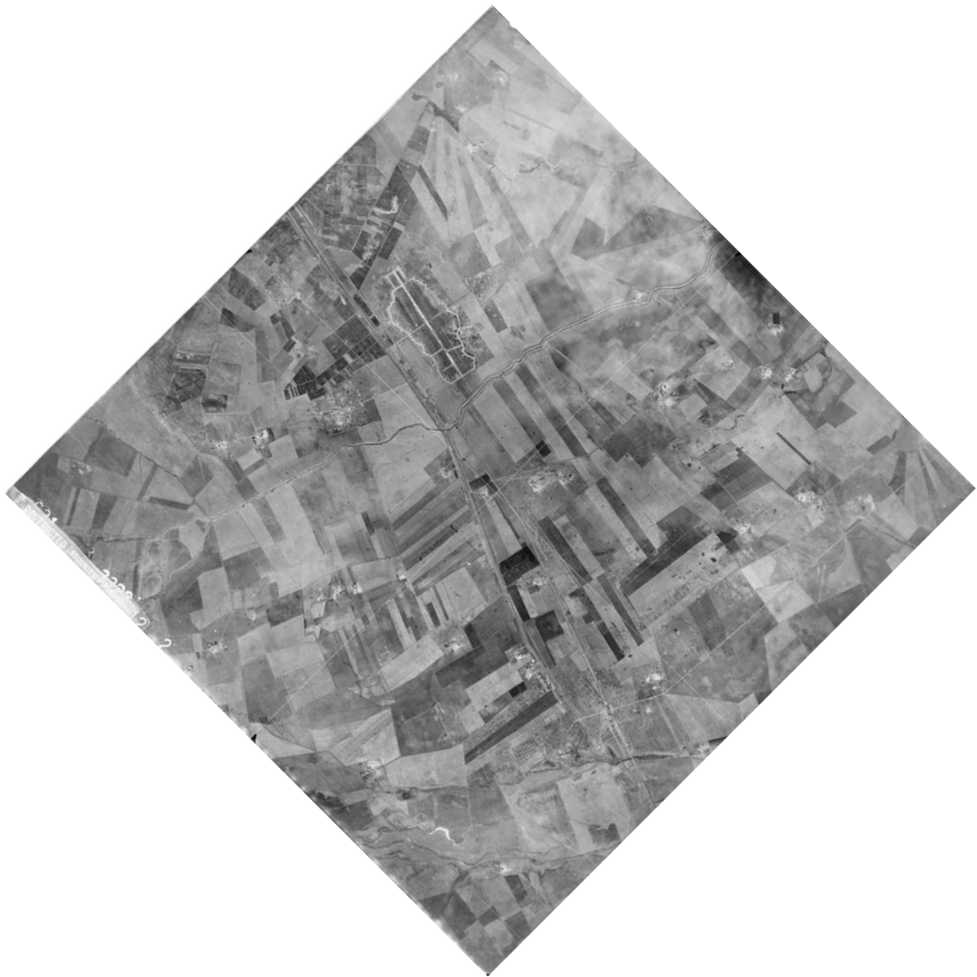 Triolo as photographed in 1945 (photo via Pinuccio d'Angelo).

The Allied airfield was dismantled after the war and today it is an agricultural area. Slight scarring of land under former main runway and some taxiways/revetments visible in aerial photography such as Google Earth. Wikipedia claims the airfield disappeard under a light industrial area. Photographic evidence from 2002 indicates however that the airfield was located between the industrial area and the Autostrada Adriatica (Adriatic highway) A-14. Actual location of the airstrip in 2002, the red pin indicates the position according to Wikipedia (Google Earth)