Air field Uråsa (Swedish: Uråsa flygbas, Fält88, or Uråsa Air base, ICAO: ESFU) was a military airfield 210 kilometers southeast of Gothenburg (swedish: Göteborg), Sweden.
The airfield was built in the late 1950s according to the Base60 concept and opened in 1959
Throughout most of its existence it belonged to the F17 Wing at Ronneby.
Although Uråsa was primarily used as an attack and reconnaissance, it was also adapted to support fighters and a number of SAR helicopters.
On both ends of the runway it featured 'Framon', or dispersals for refuelling and rearmament.
The entire base was run by a few staff officers and a number of conscripts, the so-called 'bastroppen' (base troops).
The servicemen spent their time in a small building on base, which also housed the 'bastropchefens' (base commander) office.
In addition to its military function the airfield also served as the Uråsa-Växjö region civilian airport until 1975.
In that year a new civilian airport (Växjö) was opened.
A hangar that belonged to Linjeflyg, but was later used as a workshop and garage by the base troops, still stands near the main runway.


Uråsa Air Base consisted of the actual air base and a number of off-base facilities within about 2 kilometers/one mile range.
Most visible to the public were the so-called 'rear turnaround areas' (swedish: bakre klargöringsumrådet), dispersals along highway 27.
Those to the south of the base entrance were 'reconnaissance rear' and to the north was 'attack rear'.
South of the village of Väckelsång was the 'UOm' or 'Underhålssområdet' (maintenance area).
Even there were a number of dispersals, and three small hangars.
Most of the dispersals in the UOM have now been overgrown or torn up, and two of the hangars were dismantled.
Fairly close to the highway were also a number of fuel depots, but these have also been dismantled.
The command center (Kommandocentralen, or KC) was located in an underground bunker south of Uråsa.
Although careful studies were made, the base was never upgraded to the Base90 concept.


The air base fully remained on strength until 1997.
It was maintained until the early 2000s, when it was an auxiliary to Byholma air base and subordinate to F10 (Ängelholm).
Then, when even Byholma was winding down, Uråsa was withdrawn from strength.
In 2001 the airfield was sold to a private investor, Träfact Gotaland AB, which rents it for storage of wood, traffic education and sporting activities.
MotorEvent AB is one of the companies now residing at the former air field. 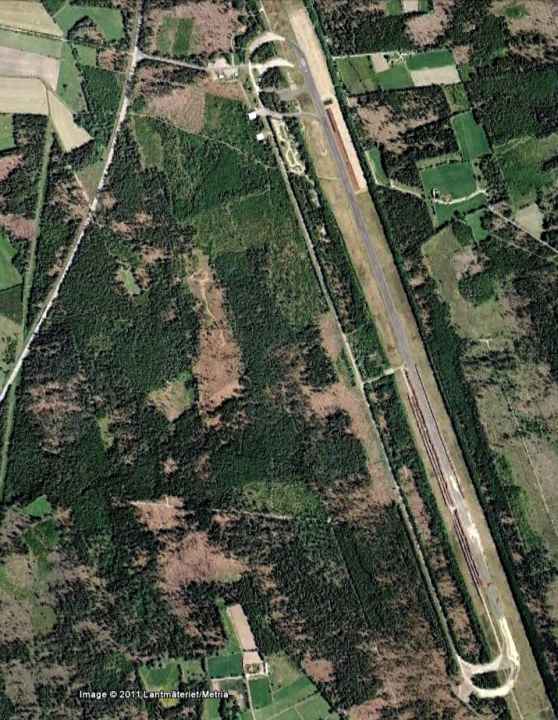 Overview of Uråsa Air Base in 2006 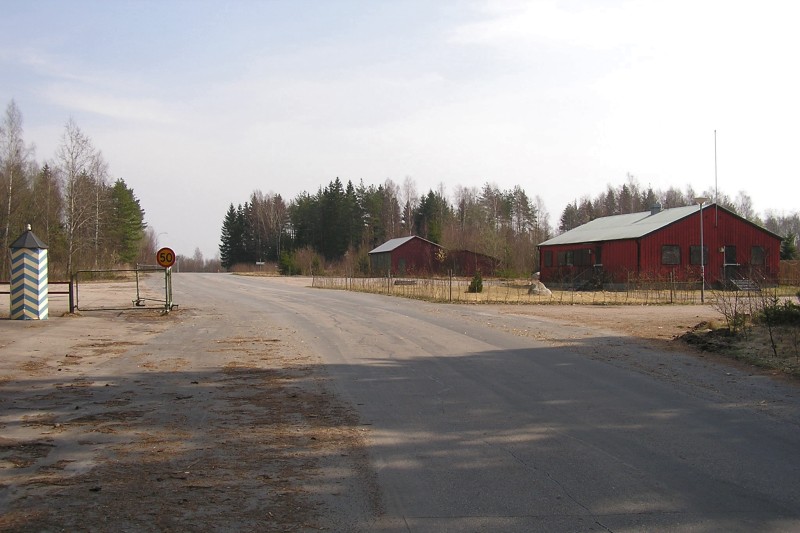 Entrance to the former air base in April 2009.
The building in front was home to the base troops (Wikipedia). 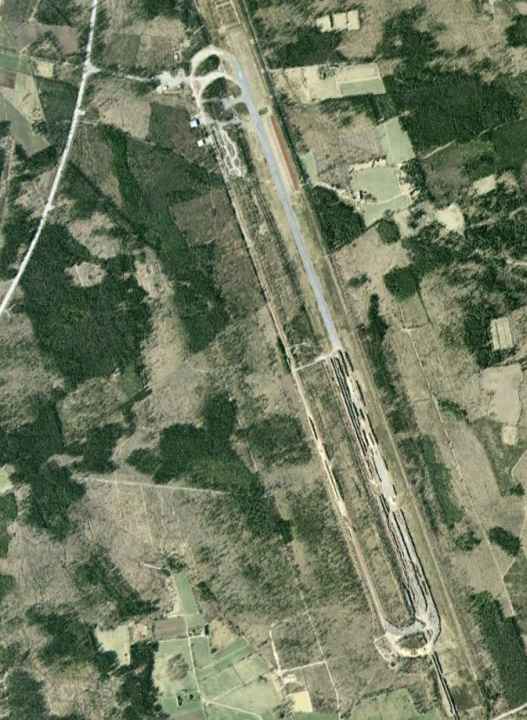 Overview of Uråsa Air Base in 2009, aside from a larger amount of
timber stored on the former runway nothing has really changed since 2006.